Question: lots of allegations have been imposed on Muslims about Halala.So please clarify, What is Halala in Islam?

Answer: This term is related to marital affairs so to understand it, first we need to have a short look on the subject.
As Islam talks about each and every aspect of human life in great detail.
Marriage is also one of the most important events of life which cannot be left untouched.
Hence Islam has defined rules, instructions, and guidelines related to marriage, post marital life, divorce, etc.

If due to certain reasons any couple is having trouble in their marital relationship, Islam foremost suggests the approach of reconciliation to resolve the friction, because divorce(although permitted) is the most disliked act in Islam.

As Allah says:
“If you fear a split between them (the spouses), send one arbitrator from his people and one from her people. If they desire to set things right, Allah shall bring about harmony between them. Surely, Allah is All-Knowing, All-Aware” [Quran 4:35]

But even after several attempts to resolve their marital issues, if the couple still wants to get separated, Islam has defined a procedure and rules for the separation process as well.

The divorce process is explained in the following 6 points.

(After all attempts of reconciliation are exhausted), Divorce(talaq) is to be said only once.

After 1st divorce, the couple still lives together for a period of 3 months(or 3 menstrual cycles). In this period, if the couple realizes and decides to live together again, they are allowed to reconcile which will nullify the 1st talaq.

But, if the period of 3 months(or 3 menstrual cycles) have passed and they still decide to get separated, 1st talaq takes full effect.

In future, if the couple wishes to get together again, the couple can do so with a new marriage contract or nikah, thus it is permissible in Islam to remary after 1st talak without any intervention.

But again after re-marriage, the couple experience trouble being together and decides to divorce again, then the same procedure as stated above(point 1-4) has to be followed. This will be the second divorce

Even after second divorce, the same couple can still get married, but if again they get divorced the third time, this will be marked as the final divorce.
Now it’s forbidden(haram) for the couple to marry each other.

Since divorce is a very serious act, which should not be taken lightly in jest or play, the limitation of 3 attempts has been set to uphold its value.

Before Islam, men in vengeance kept women in a limbo where neither they accepted them as a wife nor divorce them to prevent them from marrying someone else.

In this context, Allah says in the Quran,
“When you have divorced women, and they have approached (the end of) their waiting periods, then, either retain them with fairness or release them with fairness. Do not retain them with wrongful intent, resulting in cruelty on your part, and whoever does this, actually wrongs himself. Do not take the verses of Allah in jest…” [Quran 2:231]

After the divorce(following the above process), a woman is free to get married to any other man.
Islam recommends the re-marriage of any divorcee/widow so that she can continue living a happy life, unlike other customs that prohibit remarriage, which makes it as an end of her life.

In future, after her second marriage, if she again gets naturally widowed/divorced, she is allowed to marry her previous husband(which was prohibited after 3 talaq/divorce attempts), this natural process is called Halala, but this situation may not even arise if she continued to be in a marriage with her new husband.
With all the above events of life, it’s understood that ‘Halala’ is a natural process and not a procedure to remove the restriction of remarriage of women with her previous husband.

If the divorced couple uses tricks to get around with the laws of Allah and get back together by means of pre-planned Halala, where they engage someone and stipulate(plan beforehand) that he must marry the divorced woman, consummate the marriage, then divorce her.
This preplanned arrangement is wrong and forbidden in Islam and people involved in this are cursed.

Prophet Muhammad(PBUH) said:
“Allah curses the one who marries to make a woman Halal for her husband, and the one for whom this is done (i.e. the first husband and the woman)” [Ahmad, Nasai, Tirmidhi]

Also, Umar(companion of Prophet) said: “By Allah, no muhallil or muhallal lahu will be brought to me but I will stone them.”
(The muhallil is the one who marries a woman and divorces her so that she can go back to her first husband, and the muhallal lahu is the first husband)

This wrong approach can be understood with the following example, where a physically weak person has been asked to eat healthy food, take medicines, and exercise for months to gain health, but he being in haste starts taking unprescribed steroids for quicker results in a very short time.

No sane person will ever consider this approach to be wise, which should have been done in a natural way taking its due course,
Similarly in the case of halala, one cannot adopt the unethical and disliked approach. As it’s not a procedure which can be forced or can be executed on will of someone rather it’s a natural phenomenon which may or may not arise in course of life again .

As a media propaganda, it’s been portrayed as if the practice of Triple talaq/divorces and halala is very common in Muslim society, but it is NOT. In fact, in Muslim society, the divorce rate is the lowest.
Even if there is a need for divorce in some cases, Islam has defined it in such a way that it safeguards women’s rights, whereas in most religions there is no provision of divorce once married.

The cursed act of pre-planned halala is prohibited and have no place in Islam, which is being used in a way to malign the image of Muslims and Islam. 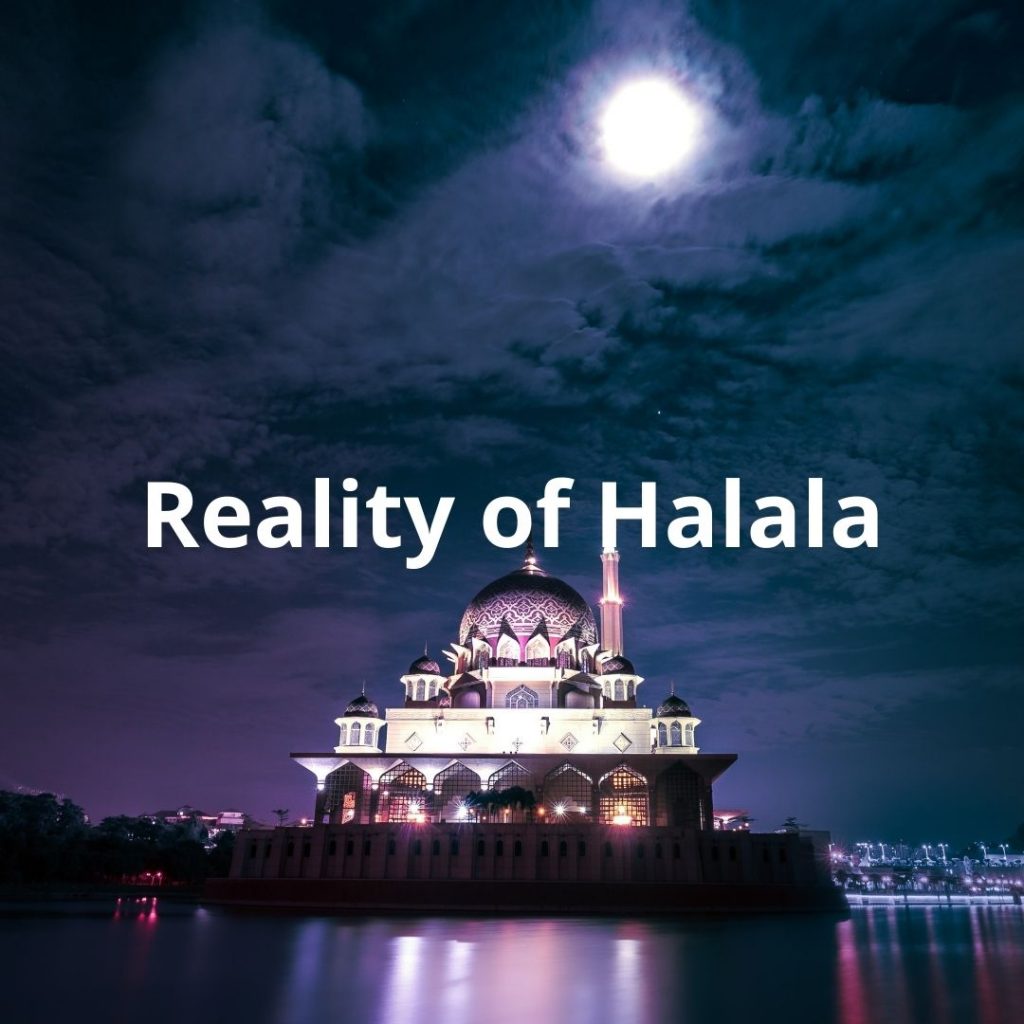 Committing suicide in Islam
Scroll Up